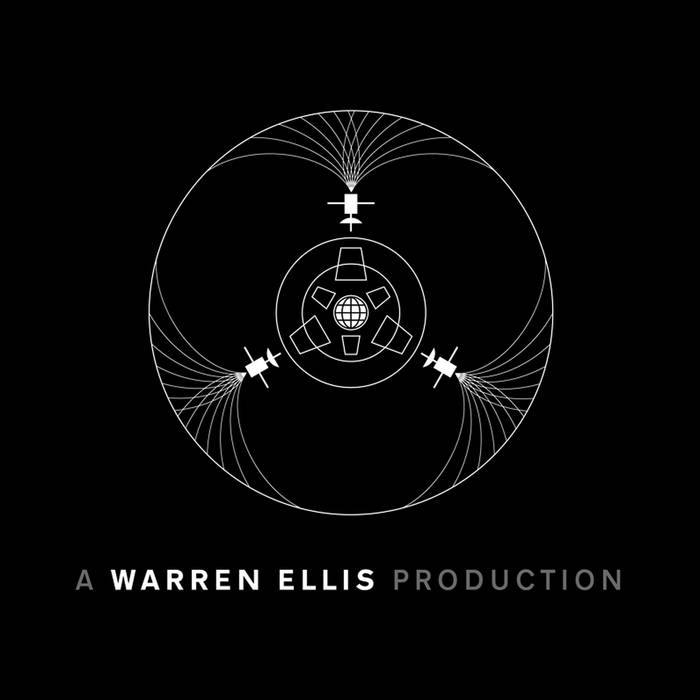 For notes on how the visual side of the ident came together and a link to the final product in motion, read Roger Strunk's post here:

The basic concept was based around the track "NADIA" from my STATION IDENT: VOLUME 01 album:

That was something Warren said he would have liked to use from the start if only there was enough time within the ident. That track is essentially four heavily layered notes that swell and slide around each other, then fade off into the distance.

For my first attempt, "ALPHA," (which ended up being the one chosen), I stuck close to that method. I first tried to simply speed up "NADIA" to fit the three second time limit and see how that sounded. That didn't work at all, but it got me thinking about how I could pack the same amount of material into just three seconds.

To fit the spirit of the ident (based on some original BBC idents), I wanted to keep the sounds as analogue as possible from the start. Of course everything becomes digital at some point. If only I could have gotten my hands on a reel-to-reel tape machine for the final master, packing up the finished reel and shipping it overseas where it would arrive battered and covered in exotic stamps and stickers with tales to tell. But alas I settled for sending an email with the final .wav file attached.

The gear: I started with the main shimmery bit on top, using the Moog Animoog app on a very tired and overworked iPad 2. Animoog is wonderful for creating sounds that literally move through a sonic space. You can draw shapes for the sound to orbit around, causing it to filter through any number of variables. Using this feature, the orbit speed and shape could be set to take full advantage of the slim three seconds I had to work with. There are a handful notes played quickly, heading down through a few octaves.

The Animoog signal was routed through two effects. First, the Strymon Magneto, a modular tape echo and loop unit. Alongside it in a Doepfer A-100 mini case (it has a cute little carrying handle!), is an ADDAC Pedal Integrator, so that I can easily plug any instrument into the echo (in stereo!). This added the first layers of various extra echoing pitch and shimmer, along with that battered analogue tape feel I wanted from the start.

From there it went to a Strymon Big Sky reverb pedal. I usually have this maxed out when doing my longer drone pieces as Dirty Knobs. This time I used a very short "Shimmer" reverb for a second layer of added pitch shifting, as well as a bit of fabricated space around the sound. So now what was at first just a run of single notes had traveled through this system and ended up an expanse of sounds and octaves heading in various directions through time and space.

The low end was much more straightforward. I used the monophonic semi-modular Moog Mother-32. There are two notes, an octave apart, that rise together. The higher octave fades out while the lower octave rises a little louder at the end to resolve the overall sound and add some punch and warmth to the end. There is hardly any modulation to the sound at all, and no added effects. Just pure Moog bass.

There is only a little bit of added EQ and mastering overall. I tend to make things very dark and muted by default, but this time, knowing that it would be heard on a wide range of speakers, I wanted to make sure it had plenty of high end in case the low end was lost to low quality mobile sound systems (meaning hey, your phone/laptop speakers are shit, stop using them and at least get some good headphones). On the other hand, those with subwoofers will get a little bonus.

That's it for "ALPHA." The other three tracks included in this album were alternate initial possibilities. Basically using the same techniques outlined above, all working to create a sense of both the past and present revolving together. They were each very fun to work on, and seeing the final product is something special indeed. Thanks to everyone involved for the opportunity to make this happen.

The music of Zac Bentz.

Bandcamp Daily  your guide to the world of Bandcamp